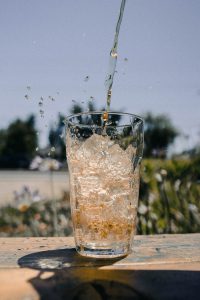 Recently a study came out in the Journal of the American Geriatrics Society that showed diet soda may not be the diet benefit people often believe and may not be good for your health. The study used the information gathered in the San Antonio Longitudinal Study on Aging, which had a total of 749 subjects that were of both European-American and Mexican-American heritage. The study started in 1992 and lasted 12 years, ending in 2004. One part of the study focused on the consumption of diet soda and pertinent information, including waistline measurements.

Those in the study that consumed the most diet soda had bigger waistlines.

Your waistline circumference is important.

There are several types of body fat. However, we’ll focus on just two types, subcutaneous fat and visceral fat. Subcutaneous fat is right under the skin. When you pinch more than an inch, it’s subcutaneous fat. Visceral fat is deep fat that is inside your core and wraps around your organs. It increases your risk for heart disease, diabetes, stroke and dementia. That makes it dangerous. One way to measure the amount of visceral fat is a waistline measurement. The more inches around the middle, the more visceral fat you have and the more risk you face of serious conditions.

Why do diet soft drinks cause this problem?

While nobody is positive why this fat accumulates, scientists hypothesize that it might be because of the sweetness. The sweetness receptors trigger in the brain to signal the stomach to prepare to digest something sugary. When it doesn’t arrive and there’s nothing to digest, it leaves the body craving something sweet. That can lead to cravings and seeking out food that has sugar and causes weight gain. The artificial sweetener basically tricks the brain, causing a breakdown in the body. It leads to a change in the response to the satiety hormone, leptin, which tells your brain that you’re full.