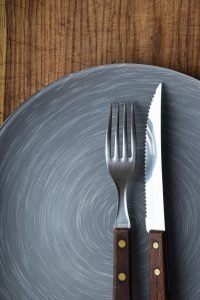 There is a lot of confusion about intermittent fasting, which is one of the fastest growing trends. One reason is there are several types of intermittent fasting. All of these are patterns you establish where you eat little or nothing for a period, followed by normal eating and back to fasting. If you’re like most people, going without food for long periods is not appealing, but restricting food intake for short, intermittent periods may fit perfectly into your life.

There are several patterns of intermittent fasting, but three most prominent ones.

The first is a short fast for a day or two, with little or caloric intake. The second is alternating fasting days with days where you eat normally. The third and most popular, is when you restrict eating during some hours and eat regularly during others. In most cases, fasting occurs during a 16-hour period and eating occurs during an 8-hour period. That means you might quit eating at seven o’clock at night and resume it at eleven o’clock the next day, until seven that night. It’s the 8 hours of normal eating and sixteen hours of fasting.

While most studies are on lab animals, there are some human studies. One study showed that overweight subjects that participated in intermittent fasting ate 20% less food than their counterparts in the control group. It also showed they lost 8% of their weight, showed improvement in their asthma and reduced insulin resistance. Other studies showed it might improve brain and cardiovascular health. Animal studies show it may slow aging.

Intermittent fasting isn’t for everyone.

Fasting of any type isn’t recommended for either teens, children or pregnant/breast-feeding women. It obviously isn’t good for anyone with eating disorders, those who are underweight, those with diabetes that is controlled with insulin and anyone that’s recovering from surgery. In fact, if you’re taking medication or have a medical condition, it’s always best to talk to your health care professional first. Conditions that cause a weak immune system, anyone taking warfarin, people taking prescription drugs that require food, those with a fever and anyone who is highly stressed should always consult your physician.